← more from
Okehdokee Records
Get fresh music recommendations delivered to your inbox every Friday.
We've updated our Terms of Use. You can review the changes here.

Lord of the Desert 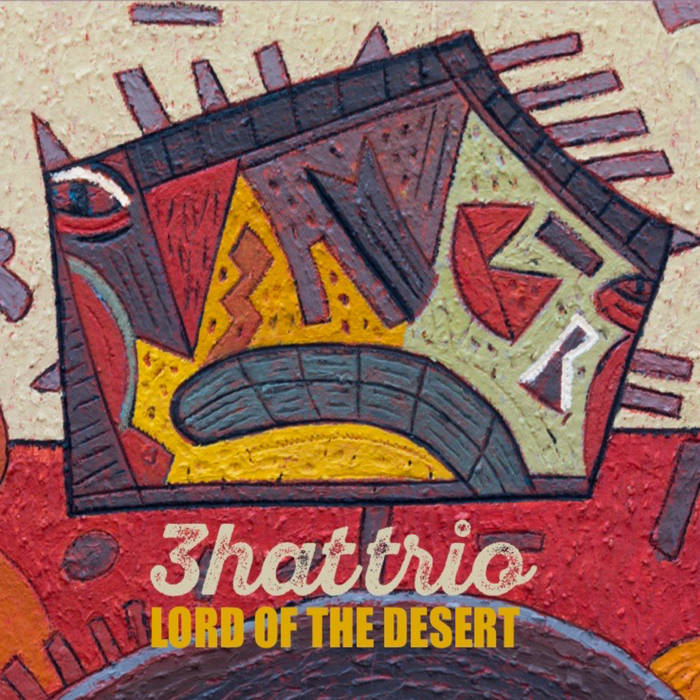 Randall Payne Reminds me of nights spent camping on the banks of the Colorado River. Favorite track: Faith.

ShiMartin The music of 3hattrio brings me back to my home in the canyon.

For 3hattrio, the Southwest desert has an almost spiritual significance. Rooted in the natural world of their sacred homeland near Zion National Park in Utah, they say that their genre is “American desert music,” a simple idea for a complex sound. The music 3hattrio are making on their new album, Lord of the Desert, sounds more like extended landscapes of sound, bare mesas that ring with electronic echoes of acoustic instruments, twisting and turning as the wind shifts. On Lord of the Desert, to be released February 23, 2018, 3hattrio mix the routine with the unusual, fusing American folk music with outsider elements like autotune, psychedelia, and minimalism. It’s a wildly unusual sound, but the product of three very different musicians coming together to form something new.

Greg Istock recorded, produced and arranged all the music for this recording. Michael Greene did a final mix and it was mastered by James S. Anderson at the Bit Farm, Cover painting by Greg Istock, Edward J. Bateman created the inside cover art. Alex Santiago made the band portrait. Thanks to the Playa in eastern Oregon where some of the music was inspired.

Bandcamp Daily  your guide to the world of Bandcamp

Semiratruth joins the show to discuss their latest release, "loading..".